Play Now
Humans are not automatically strategic unless they have ____.
Why will a randomly chosen eight-year-old fail a calculus test? Because most possible answers are wrong, and there is no force to guide him to the correct answers. Why do most of us, most of the time, choose to "pursue our goals" through routes that are far less effective than the routes we could find if we tried? ... The main problem is that most courses of action are extremely ineffective.
— Anna Salamon
Rationality Cardinality
A Maker's Schedule
"The manager's schedule is for bosses. It's embodied in the traditional appointment book, with each day cut into one hour intervals. ... But there's another way of using time that's common among people who make things, like programmers and writers. They generally prefer to use time in units of half a day at least. You can't write or program well in units of an hour. That's barely enough time to get started."
— Paul Graham
Rationality Cardinality
Murphy-Jitsu
Predicting things that might go wrong, and preparing for them in advance.
Rationality Cardinality
Misaligned Incentives
Payment based on perceived performance. Hiring based on appearance of merit. Factory output measured in number of units. Subtle differences pry incentive schemes apart, and corrupt.
Rationality Cardinality
The Way of the Void
"The primary thing when you take a sword in your hands is your intention to cut the enemy, whatever the means. ... It is essential to attain this. If you think only of hitting, springing, striking or touching the enemy, you will not be able actually to cut him."
—Miyamoto Musashi
The Book of Five Rings
"Every step of your reasoning must cut through to the correct answer in the same movement. More than anything, you must think of carrying your map through to reflecting the territory. If you fail to achieve a correct answer, it is futile to protest that you acted with propriety."
—Eliezer Yudkowsky
Twelve Virtues of Rationality
Rationality Cardinality 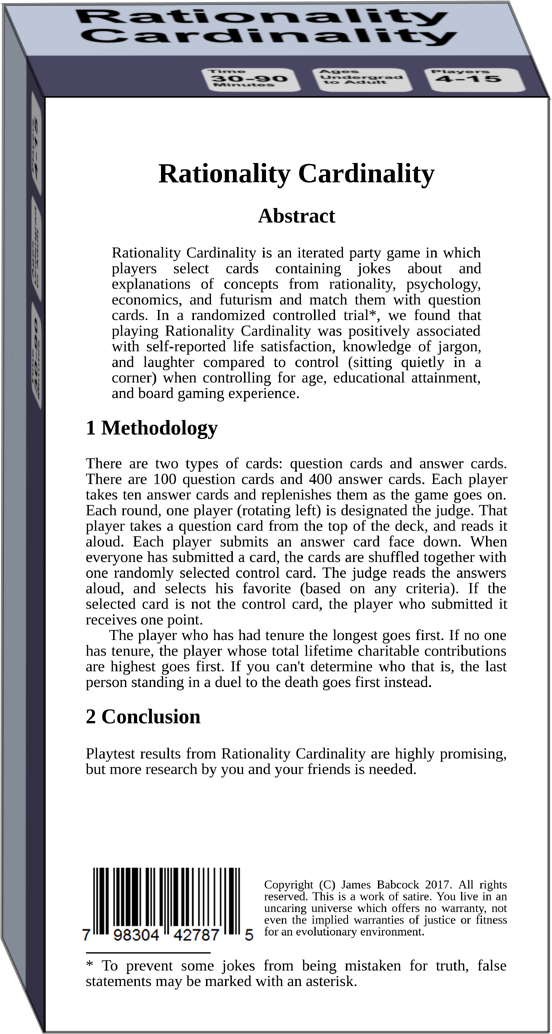 Rationality Cardinality is a party game for sneakily exposing yourself and your friends to useful concepts, in the most amusing possible way. The rules are similar to those of Apples to Apples or Cards Against Humanity: In each round, one player reads a Question card, and each other player selects an Answer card to match it. Unlike those games, however, the cards are designed to simultaneously make you laugh, and teach you something.

If you really want to learn about heuristics and biases, logical fallacies, and how to reason well, and you want to learn as quickly as possible, then you should go read books. Or blog posts. Definitely don't spend that time hanging out with your friends enjoying life. But if you're going to be enjoying life anyways, you can simultaneously learn things, and enjoy harder, if you have a deck of Rationality Cardinality around. 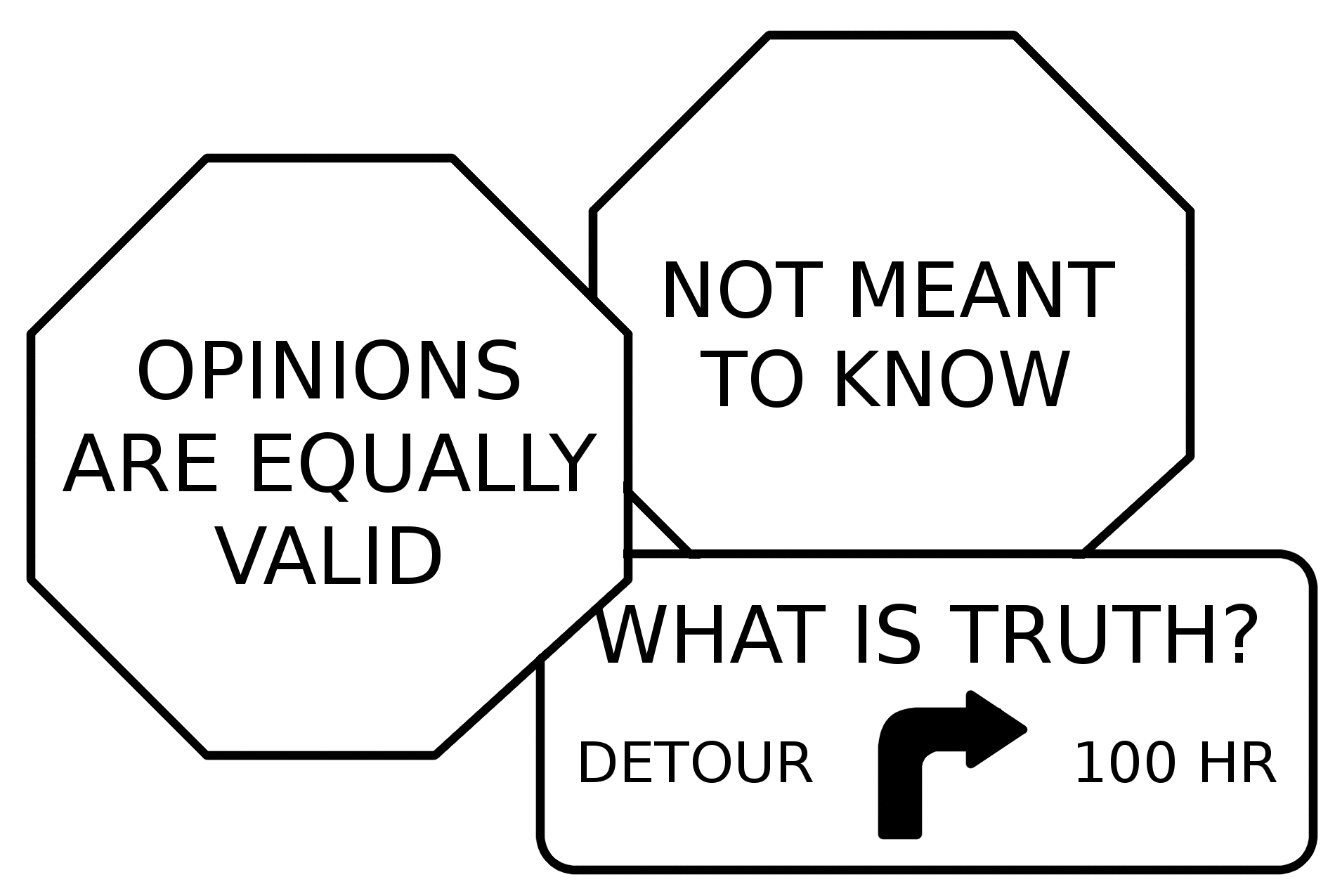 The set of all possible fetishes
By the axiom of regularity in Zermelo-Fraenkel set theory, this set cannot contain itself. Unless you accept Aczel's anti-foundation axiom, you dirty set theorist, you.
Rationality Cardinality
Elevator gate
The manual folding doors you sometimes see on old-fashioned elevator cars, such as those in the building that hosted the 2011 World Atheist Convention.*
Rationality Cardinality
The Growth Mindset
This is not a dick joke. It's about believing in skills as things to improve, rather than fixed talents, and focusing on improving them.
Rationality Cardinality

One danger with a game like this was making it inaccessible. Many of the cards build jokes on concepts from fairly advanced and obscure fields. That's why the cards have clear and accurate explanations.

We all wish our friends would be more rational, especially when they disagree with us. But actually helping them can be difficult, especially when already in an argument. Rationality Cardinality will help you teach your friends how to think more clearly, by introducing them to concepts in a fun and memorable way.

The cardinality of the set of Rationality Cardinality cards is finite, but Rationality Cardinality is massive, with 100 question cards and 400 answer cards. While dense in jokes, this is a thorough treatment of important fields, concepts, and jargon, and a few passes through the deck and the enclosed bibliography will have you well prepared to participate in top-tier intellectual discussion.

Play Now
Copyright 2021 James Babcock. This is a work of satire. Rationality Cardinality bears no relation to Cards Against Humanity.